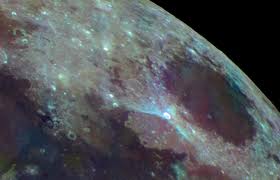 Cease to be a slave to self, and no man will have the power to enslave you.
--James Allen

Happy birthday, Proclus! This Greek philosopher, poet, and scientist, also known as Diadochus (“The Successor”), served as the last great light in Plato’s philosophic tradition. As the final major Neo-Platonist of late antiquity, Proclus had wide influence on thinkers of the later Byzantine, Arab, and Roman worlds. Various scholars credit him with laying the groundwork for such diverse movements as medieval Christian Mysticism, Renaissance Platonism, Jewish Kabbalah, and Western Hermeticism. His passionate pursuit of philosophical knowledge and temperate habits have led many to cite Proclus as an example of the hard-to-translate Greek virtue σωφροσύνη or Sôphrosunê (Self-mastery). (Say it: "so-FROSS-uh-knee.")

The exact meaning of Sôphrosunê (sometimes spelled Sôphrosynê) has eluded not just generations of Western thinkers--it stumped the ancient Greeks, too. In fact, an entire dialogue written by Plato, the Charmides, posits a conversation between Socrates and a local youth about the exact meaning of the word. Meanings like “Quietude” and “Modesty” get tried on, and thrown out by Socrates as missing the mark. Charmides then suggests notions like “Moderation” and “Self-Knowledge,” and on this latter Socrates feels he may have hit upon some truth. (Since Self-Knowledge and Self-Possession are considered the Ultimate Virtues here on TTV, I welcome Sôphrosunê as a possible combination of the two.)

I swear we’re not having a Blue Light Special on Aristotle this week, but he comes up again today. Author Michael Pakaluk in Aristotle’s Nicomachean Ethics: An Introduction notes the trouble in pinning down the meaning of the ineffable Sôphrosunê:


The term is sometimes rendered “Temperance” or “Self-control.” But “temperance” is no longer an ordinary English word, and if it suggests anything definite, it means the resolve of not drinking alcohol. “Self-control” is misleading, because the term wrongly suggests a division in the agent: he wants something, but he controls himself and abstains from it... “Self-mastery” perhaps avoids these problems, since it can be taken to suggest someone who is completely at ease with what he does. [Caps  mine.]
A concise account of the life of Proclus and his many accomplishments can be found here. In addition to his important intellectual contributions, I appreciate his passionate embrace of Universalism. He was an ardent defender of Paganism and eschewed Christianity for its apparent belief in an end to Creation, an idea he abhorred. He was a vegetarian, and, being consumed by his pursuit of knowledge, never married.

What in the story of Proclus suggests Self-Mastery? Again, like the translation of the word, the life of Proclus seems ineffable. His passionate pursuit of knowledge shows the virtue of Philomathy, yes, and he considered all realms of wisdom, of both the inner and outer worlds, fair game, including the esoteric (such as his pursuit of theurgy) and the practical and applied (with his tutoring of young politicians). His biographer, in trying to describe him, states:


Proclus was very attractive to see; for not only had he a symmetry of appearance but also the beauty of his soul bloomed on his body and, like a living light, shone wonderfully in a manner that is hard to put into words. 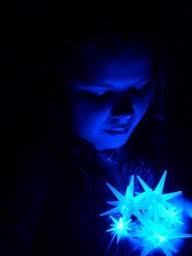 I wonder if Sôphrosunê has so much to do with the inner state, that we cannot really know it through the mere acts of a person? Pakaluk suggests that the virtue implies a “tranquility, ease, and serenity” that speaks in all likelihood to a person’s connection to the Divine as it then manifests in their outer behavior.

For these reasons, and since we have no paintings or sculptures of him (the bust traditionally described as his countenance is now felt by modern scholars probably to depict a contemporary, Iamblichus), I have chosen to illustrate this post with an image of the crater Proclus, on the Moon, bursting with blue light.

So there's a true blue light special! Proclus, thank you for all your intellectual gifts. Through the pursuit of Knowing, of both inner and outer worlds, may our light shine through.

May we see the gates of Sôphrosunê, and perhaps make a home there.

Visitors, please consider subscribing, and suggest TTV to your friends if you think they would like! I'm aiming for 50 follower by summer 2011. Thank you!

Rick Loftus, M.D.
I’m a primary care doctor trained in internal medicine and living in California. In the past I have worked as a journalist, illustrator, and an AIDS activist and researcher. I'm a beekeeper, a dog lover, and a student of the virtues...